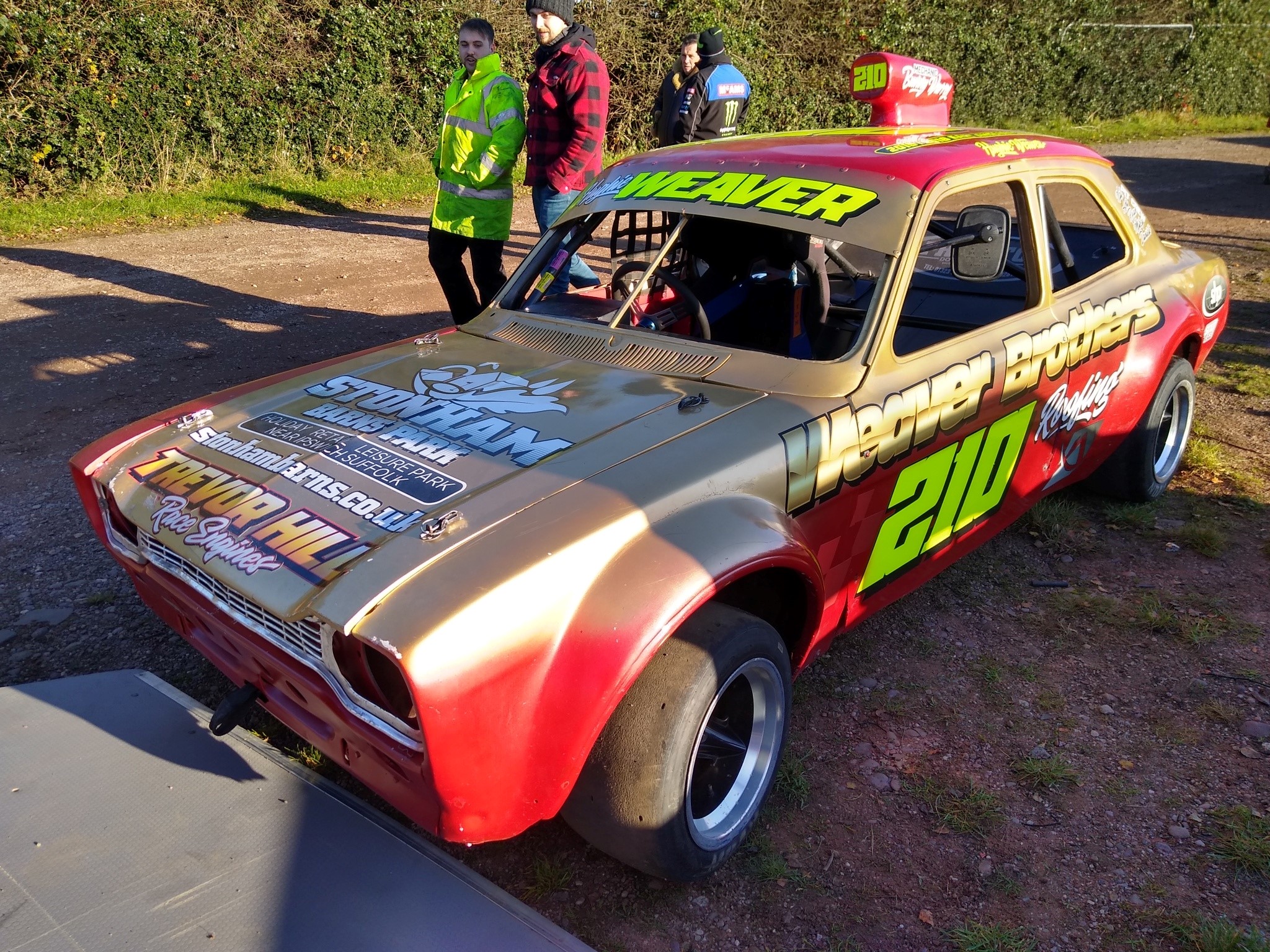 Stonham Barns Park – one of Suffolk’s premier entertainment destinations – is main sponsor to veteran hot rod racer Hughie Weaver (73) from Hailsham in East Sussex who races his beloved Mk 1 Ford Escort hot rod at racetracks all over the UK.

With a recently fully rebuilt engine, he is now getting ready to race his hot rod at the last championship race of the season at Foxhall Stadium, Ipswich on 4 December (from 6.00pm).  Hughie is fully prepared for the Classic Hot Rods, Best in Britain event saying: ‘We have three generations of one family involved in our race team and we are all driven to win.’

‘I personally won’t give up on any race. I like being at the front!’

‘I am always trying because racing is in my blood and I intend to keep going as long as I can be competitive.’

Hughie, who is also a country music singer – and still active as a builder in his spare time – has been racing all his life.  In the early years, he raced with his brothers and he is now still a part of Weaver Brothers Racing with his four sons David, Charles, Kym and Anthony – and grandchildren Anthony who races Micro stock cars, Ryan who races Ninja karts, Danielle who races Super 2 series cars and Nathan (8) who is already known for his motocross racing.

As a former London Hot Rod Champion, before the Wimbledon track closed, East Anglia Champion in 2016 and 2018 and with many other national and European titles, his racing career has never stopped and there is no sign of him retiring any time soon.  He has raced a phenomenally exciting season during 2021 – despite some of the events being cancelled – with many highs and some lows where both injury and repairs have made progress challenging.

Just recently, he raced at Hednesford Raceway in Cannock where he won the second heat of racing and came second overall.

Alan Forward, Owner of Stonham Barns Park, says ‘Hughie Weaver has no fear on or off the track.  He is a family friend and an excellent hot rod driver and we wish him all the best for this last race of the season.’

‘If anyone can win big at the end of the season, Hughie can.’

‘We have been delighted to have sponsored him this year and we look forward to doing it all again next season when we know he will give the competition something to watch. His mission is to go for it – and he always does!’

Hughie Weaver is a banjo-playing country music singer who has recorded many CDs and is known for singles including Sweet Sixteen and Wild Irish Rose.

Stonham Barns Park has been awarded the VisitEngland ‘We’re Good to Go’ industry charter mark. This verifies that the whole site meets the Government and public health guidance on Covid-19 and that site has all the required health and safety processes in place including the NHS Track and Trace scheme.